Perquacky is a pretty little girl out of Scrabble (Mighty Mutt) and Columbo. She was the first kid of the year and the most mischievous. In the baby yard she definitely RULED the roost.

Perquacky is the one behind Samuel nibbling on his hair. 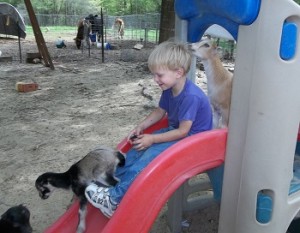 Last week Perquacky learned to jump the fence! This is the FIRST time we had a kid do that. We put her back several times. We tweaked the fence, but forget it, she now KNEW she could do it. So for her safety and our sanity we moved her into the first freshner yard with all the 1yo milkers. She was NOT amused. She was no longer queen of the herd, not top of the heap. She complained about this sorry mistreatment loudly and often.

Now one might think that would have stopped her antics. However, it merely slowed her down. Think speed bump versus barricade.

Yesterday, she learned to scale the hoop house shelter in the first freshner yard. I walked out to find her prancing around out there having the time of her life and lording it over the other girls. 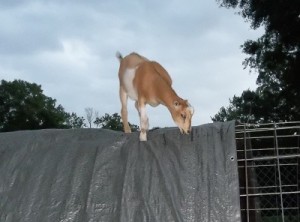 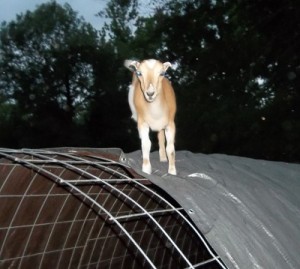 Now, again just like in humans you have goats that are nice steady individuals, but  in the right circumstances… they can be corrupted.

Most of the girls in the first freshner yard frankly ignored Perquacky’s antics. Except… our pretty little pure bred Tenaha. Tenaha was very impressed by Perquacky… and thought her prancing on the roof looked like FUN! 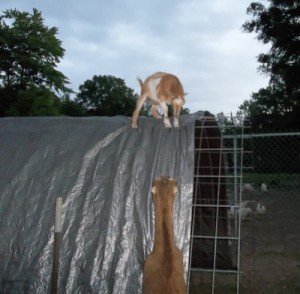 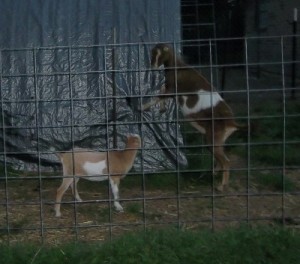 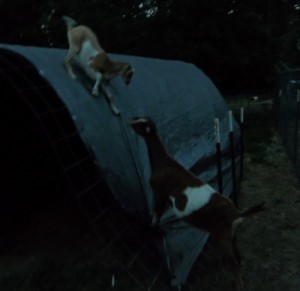 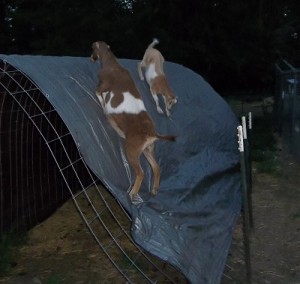 After much consultation with Perquacky, being teased with the goats version of neener neener, and multiple attempts. Isaac’s beautiful pure bred supposed lady… made it. 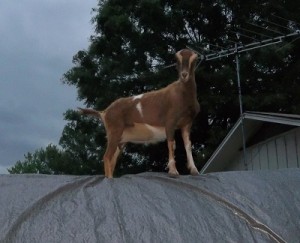 She enjoyed herself greatly and basked in her accomplishment. 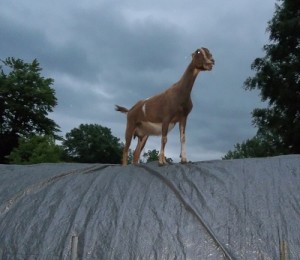 Until she realized he had NO clue how to get down. Isaac to the rescue. 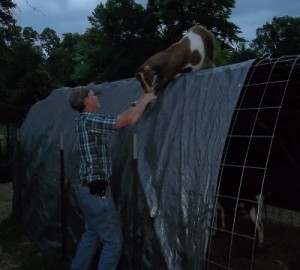 How will Perquacky top this!?